A family owned and operated business

Jared and Jenny are both originally from Salem, IN. The Kearschner’s felt they should open a practice where they grew up. This allows them to be around family and friends, along with providing the community with state-of-the-art dental care using the latest advances and technology. They feel so blessed to be back home in a town they know and love, surrounded by family and friends. 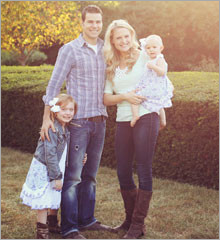 Dr. Jared graduated from Indiana University School of Dentistry in 2011, beginning a career that combined his love for art and science, many of his paintings can even be found displayed around the office. He is constantly striving to provide excellent dental care, with his attention to detail and his artistic eye. Dr. Jared has attended advanced courses in oral surgery, invisalign, endodontics, soft tissue lasers, Implants and leadership taught by the best dentists in the country. When he is not working at the dental office, he can be found spending time with his daughters, rock climbing, bicycling, hiking, and playing music. Also, he serves as an active member of his church. 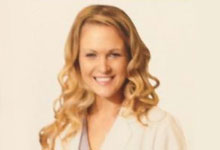 Dr. Jenny had a passion for dentistry since she was a young girl working as a dental assistant in high school for Dr. Gene Hedrick. She attended Indiana University School of Dentistry, where she graduated in 2008. She was awarded the Tillman E. Miller Award for Clinical Achievement. Upon graduation, she worked in Indianapolis and took advanced courses in Cosmetic Dentistry, Endodontics, Invisalign, soft tissue lasers, and Oral Surgery. She is so fortunate to be able to work part-time doing something she loves and spending the rest of her time with her two daughters. Her other passions include church, horseback riding, and running.

Kandi Grew up in Salem and graduated from Salem Highschool, She Graduated from USI from dental Hygiene School in 1997. Kandi joined our team in October of 2014 and enjoys educating her patients on their oral health and watching them leave the office happy. When not working she is spending time with her boys Brandon, Brody, and her husband Jason. She enjoys running, exercising, and spending time with friends.

Stephanie Grew up in Scottsburg and Graduated in 2009 and then went to USI to purse Dental Hygiene. She Graduated in 2013 with a Bachelor of Science in Dental Hygiene with a minor in Health Administration. She Joined our team in August of 2016. Stephanie loves the dental field and enjoys working to help her patients improve their overall health. Stephanie and her husband Freddie have been together for 8 years and have a son named Ryder and 2 dogs.

Sherry Lives in Campbellsburg and graduated from West Washington. She attended the Academy of Dental assisting in 2007. She is married to Greg and they have 3 children Alex, Austin and Abri. Sherry Joined out team as an assistant in November of 2014. In her spare time she enjoys Kayaking and spending time with her family.

Bailey Grew up in Salem and Graduated from Eastern High school 2014. Bailey graduated from Med-Quest College in November of 2015 and has been working as a dental Assistant for 2.5 years. Bailey Joined our front office staff full time in February of 2018. Bailey & her husband have 1 dog and in her free time enjoys reading, watching Netflix, and being with friends and family.

Katrina grew up in Palmyra and attended North Harrison. Katrina started her dental career about 8 years ago, after a 20+ year career as GM of a catering company. Katrina joined our team in May of 2014, when we opened our office. Katrina has a daughter, and in her free time enjoys Photography, going to concerts and helping her community.

We will do our best to accommodate your busy schedule. Please schedule an appointment today!